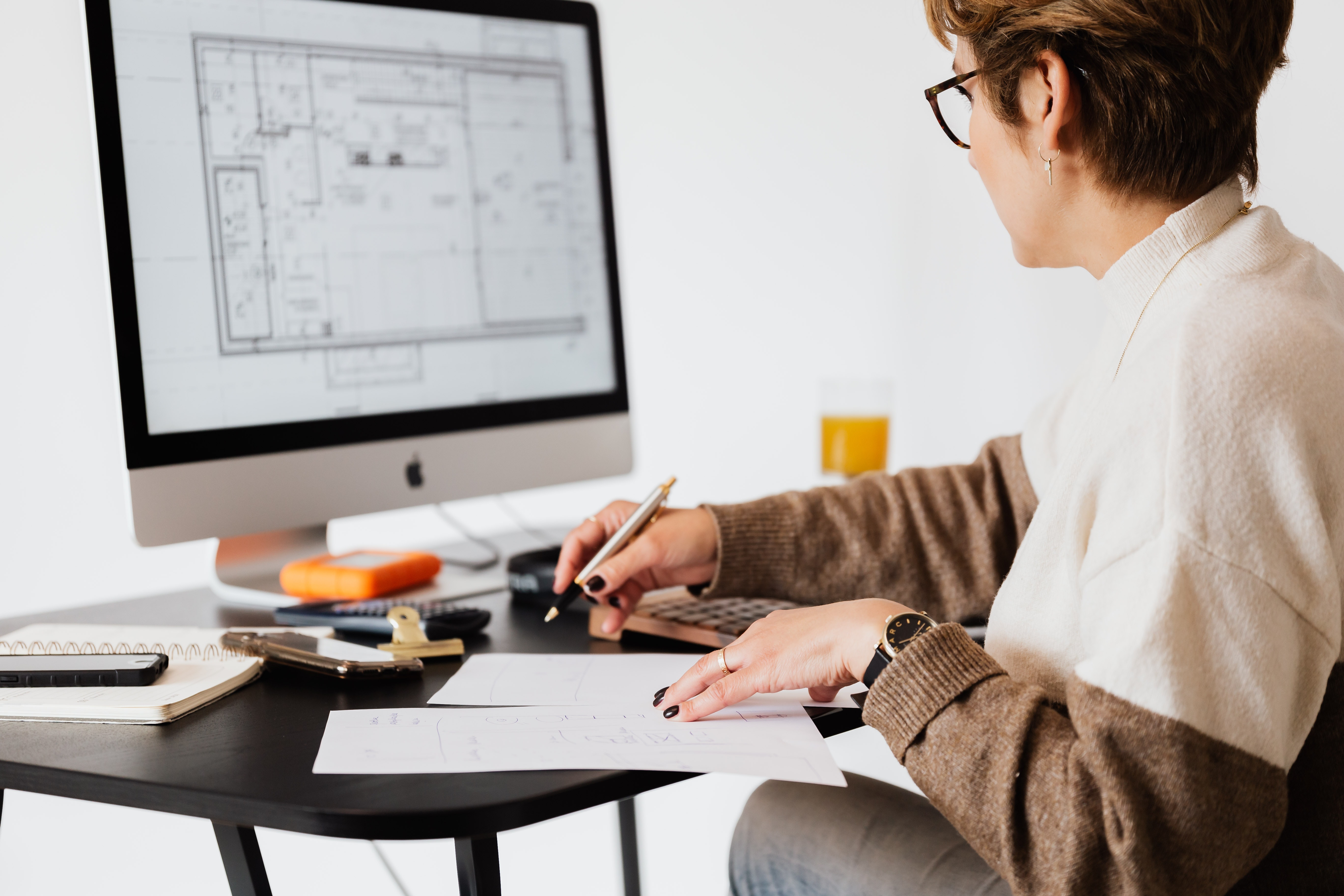 ‍All interviews have been edited and condensed from original conversations‍‍‍‍.
‍
This month, we hear from two leading scientists at TPB foundry company, Cana Technology, on their experiences building and innovating in the beverage industry as women in STEMM. Both leaders also lead Women at Cana, an internal women's group that fosters growth and mentorship opportunities for the women at Cana and supports and drives allyship for all Cana employees.

Brissa Solis is the Lead Engineering Project Manager at Cana Technology, a TPB-founded company redesigning how the world’s beverages are created and delivered. ‍

‍TPB: What first sparked your interest in engineering?

Brissa: I was born and raised in Mexico and did all of my schooling there until college. Early on, I was drawn to chemistry and math and was generally good at both.

I have also always been a healthy competitor. I was, and still am, always thinking about how I can do better.

I was first introduced to the idea of engineering in high school. We were assigned to come up with an idea for a project that would make something more sustainable. I decided to try to answer the question, “What can I create in order to save water?” It was then that I began to understand the concept of taking an idea from a concept to reality: identifying a process, obtaining the necessary parts, putting them together, and then seeing my idea come to light. I was captivated by how I could imagine something to build that would improve upon existing tools or systems.

From there, I learned more about the tools and skills I needed to be able to implement my ideas: physics, statistics, mathematics, and systems level optimization.

TPB: How has the field of engineering evolved throughout your career?

Brissa: Engineering has always been a driver of innovation and that hasn’t changed. What has changed is the diversity of the people working in the field. Engineering was once confined to a select group, but now people from different backgrounds, cultures, genders, and races are getting involved and tackling new problems.

People often solve the problems that are most personal to them, so having different perspectives in the field has surfaced problems that we might have otherwise not known about. Inclusion really influences and drives innovation forward.

‍
TPB: Your first high school engineering project has some similarities to Cana’s mission –  to make the way we produce and consume more sustainable.  Did that have an impact on your decision to join Cana? ‍

Brissa: Engineering enables us to make things better, so sustainability is always a component in some aspect. But Cana isn’t just focused on building a better product, we are focused on transforming an industry – the beverage industry – to be better for people and for the planet.

For the first time in my career, I felt that I had a unique opportunity to create change, disrupt something, and do some real good. It was both the chance to both disrupt an industry and to be a part of something from the ground up where I could uphold my own values that led me to join Cana.

I was immediately energized by all of the questions that came to mind: How do we craft the inside of our machines to do good? How do we pick the materials, source the materials, and pick our vendors?

Thus far, it’s been inspiring, humbling, and challenging to have a voice at the table. I know I need to bring my A game everyday. ‍‍
‍

TPB: Would advice would you give your younger self that might also be valuable to young women considering a career in STEMM today?

Brissa: We don’t always speak our minds. Maybe it’s because of how we grew up, or where we grew up, but regardless of the reason, we should never be afraid to learn or to face a challenge. No matter where you are, you have knowledge. Your education and your experience is your knowledge. Think of yourself as a stock and bet on yourself for the long-term. This means investing in your education, your mentorships, and in your work. Carry that idea throughout your career and continue to invest in yourself. Raise your voice, ask questions, and learn all that you can.

______________________________
‍
Judith Denery, along with Brissa, is another leader at Cana Technology, a TPB-founded company redesigning how the world’s beverages are created and delivered. Judith leads the Analytical Chemistry team and was one of the founding team members.
‍

TPB: Tell me about yourself and your background. How did you get started in your career and interested in analytical chemistry?‍

Judith: I’ve always had an innate interest in the environment and in the complexity of the natural world. I have also been keenly aware of the social inequities that exist within our different environments. My childhood dream was to combine my interest in science with my desire to help others. After college, I had the opportunity to do so when I joined the Peace Corps. For two years, I served as a science teacher and teacher coach in the Kingdom of Tonga in the South Pacific.

In Tonga, I noticed that people were connected with their environment in a different way. They used plants not only as food, but for medicine. I was fascinated by this, and became dedicated to learning more about how plants work: their chemical components, what they could do for people, and why. I discovered that there was a whole body of research on medicine in the tropics. This experience ultimately led me to pursue a PhD in Analytical Chemistry.

At its core, Analytical Chemistry allows you to break down the essential chemical components of almost anything, characterize those components, and measure how much of each component is present in any given sample. Most areas of science require some level of chemical characterization, so you can imagine the breadth of possible applications.

During my PhD program, I was able to work on a number of different projects, including kava plants, photosynthetic algae, and bacteria-making antimicrobials. Since then, I’ve worked in both academia and industry in a wide variety of areas and across various new technologies, including bacteria and fungi, humans and disease, and synthetic biology at Amyris, which was my first leap into a startup. I’m now focused on food and beverage at Cana.

I am excited by the variety of innovative industries towards which I can apply my growing skill sets and interests.

TPB: You were employee number two at Cana. What led you to join the company at such an early stage?

Judith: The opportunity to build a company from the ground up was exciting to me. I also had a lot of confidence in Lance Kizer, Cana’s co-founder and employee number one, whom I had worked with at Amyris. I knew that if the company were to succeed, Lance would be a huge part of it. That network and relationship was a big factor in my decision.

The science was also convincing on a fundamental level. There was a basic body of research out there and Lance had done a lot of preliminary work, so the potential trajectory of the company was clear. In science, there are always some areas where there are gaps and you can’t exactly predict the outcomes, but having that core foundation of knowledge provided me with the confidence I needed to take the chance and jump into the opportunity. That was in 2019, and I’m still here and excited for the road ahead. I believe Cana is going to have a huge impact on the beverage industry.

TPB: You seem to have chosen to work in spaces that naturally have a lot of uncertainty or novelty. What has motivated you to do that?

Judith: Being slightly uncomfortable is really where I’ve learned to be the most comfortable because I feel that’s when I progress. I really believe that the highest potential for impact happens when we are faced with huge challenges.

We can think of developing new technologies in a similar fashion. There are many new technologies out there that can have a tremendous impact on both the developing and developed world, from infectious disease research to synthetic biology and beyond. But most new technologies require significant investment, both human and capital. It’s kind of like trying to get support for addressing the climate crisis – you have to have a vision and a long-term understanding of the consequences.  It may be a long or hard road, but the value is in the long-term potential.

TPB: Do you have any advice for women pursuing a career in a STEMM field?

Judith: You are going to get to a point where you are doing something new and that may be uncomfortable – either because you haven’t been there before, or you’re in a field or job where you’re underrepresented, or both – but that’s okay. That’s really the pocket you want to be in – at least for me – where you’ll find the most personal growth and development.

Alongside that, I cannot impress enough the importance of mentorship and networking. Surround yourself with a group of people who you admire and are doing the things you aspire to do and learn from them. I was lucky enough to have some inspiring leaders and supporters in all facets of my career who believed in me, even when I wasn’t sure I could do something, and I know this has propelled me tremendously in my career.