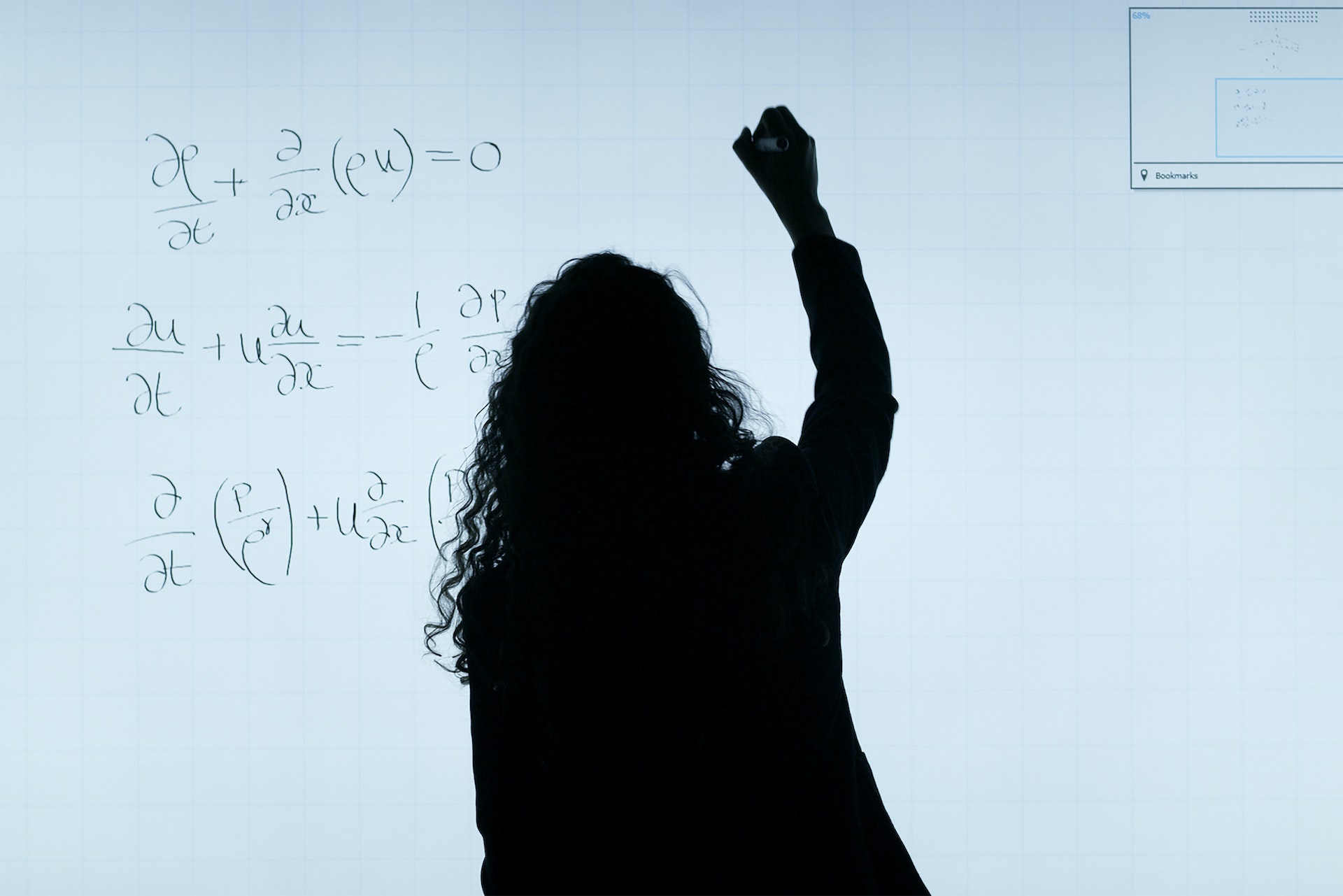 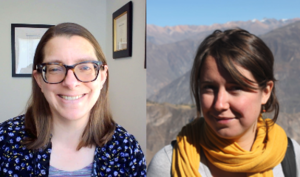 Lien Bertier is a Senior Scientist at Ohalo Genetics, a TPB-founded company reimagining the art and science of plant breeding through the interplay of molecular breeding and quantitative genetics.

TPB: How did you become interested in plant genetics?

Lien: My parents have a horticultural business in Belgium so I grew up surrounded by plants. I don’t know if that’s what drove me into plant genetics, but it probably helped. In college I was fascinated by the many applications of biotechnology in plants and agriculture; there I saw there was real potential to help people. I got my first real taste of research during my master’s program in Belgium. I did my thesis working for the world’s largest banana in vitro germplasm collection. I enjoyed my time there and also did really well. This experience solidified my decision to pursue a career in research.

After a short research stint working in Florida to create biological insecticides for their sub tropical mosquito populations, I was ready to pursue my PhD. I went back to Belgium to the University of Gent to study evolutionary adaptations of plant pathogens and how it makes them more effective.

Like many PhD students, I had a rough time at first and I wasn’t sure where it was going to lead. It’s a real change in mindset from training in a lab to trying to tackle a specific problem and make a contribution to research on your own. It wasn’t until my last year, while at a conference in Monterey to present my research, that I finally connected with a group of people interested in what I was doing. I was reminded of the importance of my work and started to be more confident I had chosen the right path.

I met my future postdoc advisor, Richard Michelmore, at that same conference. He invited me to UC Davis to work with him in gene editing, so after completing my PhD that’s what I did.

TPB: What led you to Ohalo?

Lien: Towards the end of my postdoc term at UC Davis I was starting to think about what would come next. While I was on maternity leave with my first child, my advisor Richard shared the description with me for an open gene editing position at Ohalo.  I googled the company and realized it had been founded only 23 days prior. That got my attention. I sent Jud Ward (Ohalo’s founder) an email asking, “who are you and what are you doing?” We got on the phone the next day and talked for an hour.

At first, I wasn’t sure I was ready to make a big move — I was still on maternity leave with my two-month-old — but I realized joining Ohalo was an opportunity I couldn’t pass up. Jud invited me to the lab in Santa Cruz to present my work and this really solidified it was a great fit.  From plant breeding to genetics to designing molecular biology assays, I get to use all of the skills I've developed over the years in my work at Ohalo.

TPB: What do you love about working at Ohalo thus far?

Lien: It’s really exciting to do this work at such an early stage company. When you’re in an established, academic lab you’re mostly following established methods and approaches.  At Ohalo we have the opportunity to build everything from scratch, which means we can experiment with different approaches and methods and really think outside of the box.

Being on such a small team also means that I get to participate in high level brainstorming sessions while still being deeply involved in the nuts and bolts of our development work and building our technology from the ground up. It’s rare to have the opportunity to be involved in both on a daily basis.
‍

TPB: How is Ohalo is looking at plant breeding differently?

Lien:  Plant breeding and plant cell biology have traditionally been viewed as a largely empirical discipline, which has left a kind of black box in understanding. Plant breeders, for example, have historically relied on generational knowledge, physical characteristics, and their own intuition to make decisions about what plants to cross and continue breeding. It was, and is, kind of an art.

Technology advancements have transformed plant breeding into a more quantitative undertaking, where you study the plant’s DNA and relate it to their physical characteristics to predict what effect the changes you make will have. But every plant, every species is different, so much of what we know is at the level of the individual cell or tissue.

At Ohalo we look at plant breeding through an interdisciplinary lens. We try to be quantitative about everything, using data science approaches to predict outcomes. From an engineering standpoint, plants are really just very complex machines. If we take enough data points and test enough parameters, we can start to predict and really understand.

Our end goal is to be able to develop a general plant breeding approach applicable to many crops.

TPB: Do you have any advice to share with young women looking at a career in the STEMM field?

Lien: Throughout my career, one thing stands out — when I really want to dig deeper into something, I play my best game. My advice is to find what you're passionate about and stick with it, even if it means pursuing a highly specialized area of research where you are one of few. You will do your best work when you truly enjoy what you’re doing.

Emily Crawford is currently Scientist-in-Residence at The Production Board, where she’s investigating new applications in next-generation diagnostic medicine.

TPB: Similar to Lien, you’ve been interested in biology from a young age. Tell us about how you got started in your career.

Emily: It’s true, I’ve wanted to be a biologist since I was about 14. I studied molecular biology in college at Bryn Mawr, a small women’s liberal arts college in Pennsylvania. Its small size made it a great place to get involved with research early.

After college, I spent a couple of years at the Broad Institute working on developing technologies for DNA microarrays. These are very outdated now, but back in 2003 they were really hot so it was a really exciting project.

I decided to continue my studies further and ended up at UC San Francisco. I had always kind of wanted to live in San Francisco and considered UCSF to be one of the best research institutions in the world, so making the move was an easy decision. I have been in the Bay Area ever since.

I completed my PhD at UCSF under Jim Wells, a pioneer in protein engineering, which is essentially making specific, directed changes to proteins to change their function.
‍

TPB: A large part of your work has focused on infectious disease. How did you narrow your focus into this field specifically?

Emily: It wasn’t until my second postdoc at UCSF when I became more interested in infectious disease. I was hired into Joe DeRisi’s lab to develop a method for CRISPR to make genome edits in the malaria parasite. This was when CRISPR was just hitting the literature, so it was really exciting, but also eye-opening to see how much progress we still have left to make in understanding infectious diseases.  That’s when the pieces really came together for me and I realized I wanted to devote my career to two things: technology development and infectious disease.

Until 2020, we’ve been lucky in the US in that infections are a relatively rare cause of severe mortality and morbidity. But there are parts of the world where people’s day-to-day lives are really impacted by infectious disease. The field is largely underfunded compared to other fields — cancer research, for example — leaving a gap between what is discovered at the research level and what is applied in clinical and business settings. By bridging the gap between research and application just a little bit, we can do a lot of good.
‍

TPB: What drove your decision to step out of academia and into a startup environment at The Production Board?

Emily: This past year I changed things up for a bit. I helped expand UCSF’s COVID testing sites and essentially became a clinical diagnostic scientist. For the first time, I found myself in a position where I was able to drive a large team’s vision, lead and mentor those I worked with, and really take ownership of fitting all the different pieces to figure out how they all add up.

I had been thinking for a while that I was ready to and interested in building something from the ground up — this experience only confirmed that. When the opportunity came to join TPB as Scientist-in-Residence, I knew it was the right choice.

Stepping outside of a traditional research setting exposes you to new and diverse ways of thinking, expanding the world of what’s possible. The startup world also has a slightly higher tolerance for failure, which means I can really push myself to work creatively.

In a clinical setting, you have to prove you know something is going to work before you get the money to do it. At TPB I can go deep into new ideas without needing the same certainty upfront. I’m currently exploring new diagnostic technologies in agriculture and food safety and their potential applications in healthcare, which has been really exciting thus far!

TPB: What’s a hard lesson you’ve learned in your career, and what advice would you offer to other women in STEMM navigating a similar challenge?

Emily: During my PhD there were a lot of moments where I thought, “Is this worth continuing? Is it going to be worth the struggle?” In science, you’re to some extent reliant on the nature of the universe, whether your hypothesis is right or not. It’s probably comparable to starting a company — most fail but you learn something in the process.

Over time you develop instincts to cut down on the frequency of failure, but you also come to understand that even if your hypothesis was wrong or if your idea fails, the knowledge you gain is still progress and will help move you forward.

If you’re a woman — or anyone, really, in an underrepresented group — and find yourself in an environment or a space where you are a minority, seek out community.   Whether that’s in your field, your university, or your job, it’s important to know that you have a community. It’s easy to lose sight of that especially when you’re in a male-dominated field and tackling the unknown.