A letter
from our founder

David Friedberg
CEO
We live in a plentiful world.

Much of the growth in production and consumption was fueled by the Industrial Revolutions of the 19th and 20th centuries - cheaper, more available energy, food, medicine, and goods brought on by centralizing and automating repeatable tasks, driving massive scale and affordability. These productivity gains have given humans access to the inputs needed for survival, abundance, and, increasingly, excess.

The resulting economic prosperity is impressive. Global GDP per capita climbed from $3,277 in 1950 to $14,574 by 2016. In fact, over just the 25 years between 1990 and 2015, the global extreme poverty rate declined from 36% of the world population to just under 10%; a remarkable achievement that translates into opportunity and prosperity for the vast majority of the world’s people.

With excess capital, we’ve invested in and realized extraordinary growth in food production. As we’ve industrialized our food systems, the cost per unit of food produced has massively reduced while our food supply has steadily climbed. Since 1961, the global supply of calories per capita has risen by nearly a third to almost 3,000 calories per person per day in 2020. As a result, since 1970, we have seen a decline in undernourishment in developing countries from 35% of the population to below 13% by 2015.

These gains, and other consequences of the Industrial Revolutions, have caused human life expectancy to climb to previously unimaginable spans. In 1860, the average life expectancy of a US person was 40 years. By 2015, that figure was nearly 80 years, and is projected to continue scaling with no known upper limit. It is conceivable that someone alive today will live longer than 200 years.

﻿Progress, however,
has not been without cost. 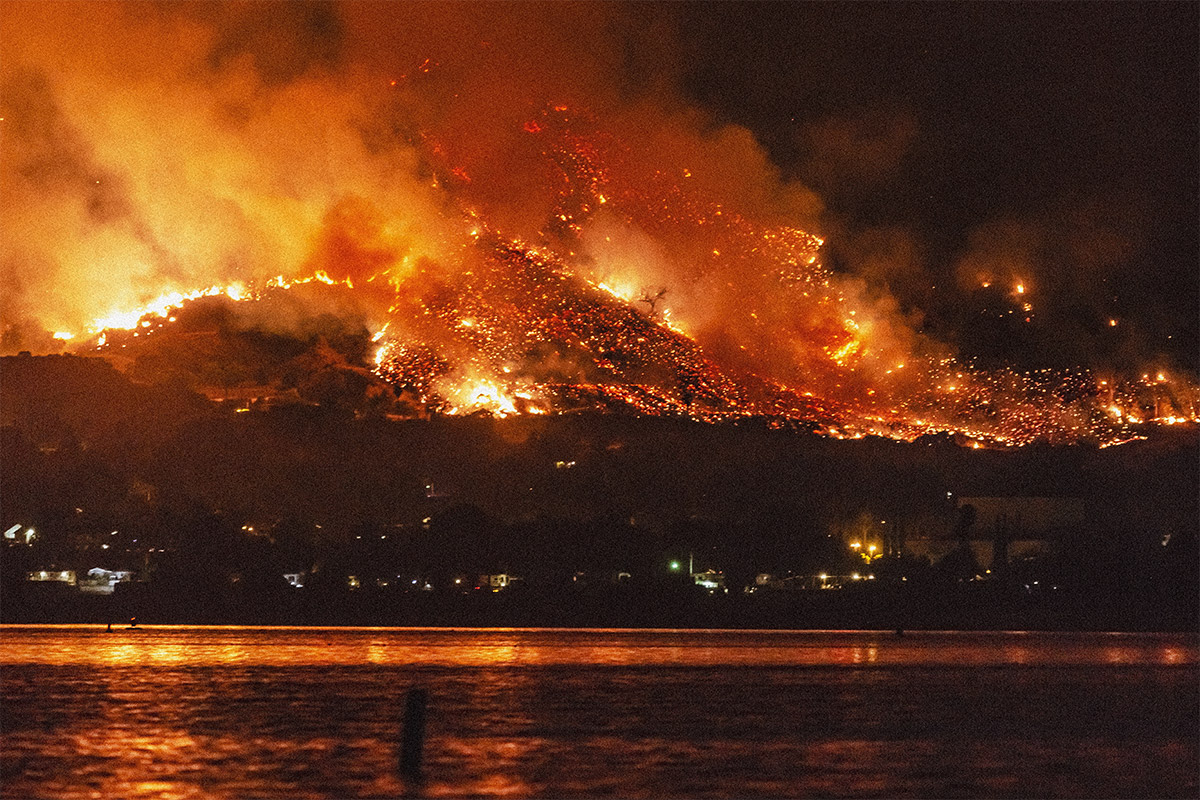 While humankind has realized amazing gains in livelihood and lifestyle, the rest of the planet is suffering from the consequences of our prosperity. CO₂ emissions have climbed with the industrialization of our systems of production, with most of these systems reliant on machines powered by electricity, the generation of which produces atmospheric carbon as its primary byproduct. As more nations become more prosperous, GDP per capita rises and populations demand more goods, thus further increasing CO₂ output per capita. We have been riding this vicious cycle for over a century now.

Excess carbon in the atmosphere is expected to drive, and has already resulted in, myriad deleterious effects across the planet’s oceanic, atmospheric, and biological systems.

The last 5 years are the hottest ever recorded on planet Earth, and annual natural disasters have increased 10-fold since 1960. These changing weather patterns, coupled with the industrialization of the Earth’s surface for food production have resulted in a loss of ⅓ of the arable land on Earth since 1980 and a 20% decline in native species in most land habitats. The annual global species extinction rate has grown 10 to 100-fold from the baseline average of the past 10 million years.

The relationship between these two equally remarkable trends in global prosperity and climate change can be simply summarized:
The Industrial Revolutions generally did not develop radically new technologies, rather they simply scaled up ancient technologies.
An example is the production of protein for human consumption - our approach is largely the same as it has been for thousands of years: fertilizer is applied to the land, crops are grown, which are fed to animals, who are then slaughtered, whose meat is then transported to a destination for consumption. Industrialization brought us efficient synthetic fertilizers, higher-yield lower-labor farming, transportation trucks, and slaughterhouses, but we are still making protein using animals and plants in the same system we always have. Producing a calorie of beef still takes approximately 25 calories of energy and four years of time, while the necessary inputs like fertilizer, feed, and animals are transported across thousands of miles using carbon-powered vehicles.

Protein production is just one of countless examples of old technologies which remain the foundation of our modern systems of production. We haven’t radically changed how we make things, we’ve simply scaled up making them. What if we could radically change how we produce the things we need?

Earth is infinitely resourced with molecules and energy we could ever use, and humans have developed the tools needed to convert any molecule into any other molecule.

Carbon, Nitrogen, and water all cycle within our planet. They are neither depleted nor produced. They transition from one form to another. Food becomes waste which can eventually become food again. The atomic composition of the planet has been largely unchanged for a few billion years and humans have literally barely scratched the surface of the 10 ⁴⁶ molecules that make up our planet. Our interaction with the land, oceans, and atmosphere comprises less than 1 in 100,000 of the molecules present in and on Earth.

At the same time, we are quite literally awash in energy. Solar energy delivers to our planet’s surface 9,000 times the daily energy all humankind’s machines consume, geothermal energy could power our machines for 17 billion years, and Earth’s crust contains 210,000 years worth of nuclear energy reserves. To say that we are well-resourced would be our species’ greatest understatement.

The latter half of the 20th and first two decades of this century have delivered nearly unimaginable discoveries across physics, chemistry, biology, biochemistry, and genomics, and we have developed entirely new forms of engineering - software, hardware, chemical, and biological - that allow us to rewrite life, rebuild our planet, and reinvent how we make everything

I founded The Production Board to realize this opportunity, pursuing a mission of Reimagining Earth at this pivotal moment in human history.

The Production Board uses science as our engine to pursue this mission. We conduct deep scientific and technical research to identify emerging and meaningful discoveries that we believe could radically transform the markets in which we operate. We build and invest in science-led businesses that span the entire supply chain of production systems. Our thesis-driven approach helps us develop, and identify, new business opportunities that will positively impact customers and the planet, while creating significant economic value for shareholders.

We operate as an investment holding company and venture foundry, building, operating, and investing in these businesses. As a permanent capital holding company, we have the flexibility to deploy capital with a long time horizon, supporting efforts with high technical risk, long build cycles, and demand for significant scale to achieve their objectives.

Our opportunity set is large, but so are the problems we seek to address. We measure success simply - alleviate our species of the anxiety of extinction, affording us the moments needed to further explore the full capabilities of humankind.

David Friedberg
CEO, The Production Board

Today, we can reimagine Earth.
We hope you will join us.